It’s long so below are some highlights to go straight to:

:: Skip to 3:00 for the start of Gavin Smith‘s interview in which he talks about his emotional WSOP bracelet win,  judging Girls on the Rail with Jason Alexander and Brad Garrett last year and becoming a dad later this year.

::  At 21:10 the likable Jason “jaspudUF” Lee joins us to talk about not being Asian despite his name, his parody of The Maven’s “Day in the Life” video and the recent “Attack of the Math Brats” TIME magazine article.

::  At 46:54 Harrah’s Interactive & WSOP Ty Stewart stops by and breaks some news on changes to next year’s WSOP Tournament of Champions.

:: ~1 hour, 2 minutes in Phil Hellmuth takes a break from the PLO event to discuss his plans for his WSOP ME entrance this year and faces the clock in our first ever Poker Metaphor Signifying You Have to Act Quickly 60 Second Round segment.

:: 1:15:14: Ty rejoins us to finish off the show, and gets asked about that eerily-similar-to-the-WSOP-looking ESPN-televised tournament hosted by the site that rhymes with Toker Bars.

Of note, This Week in Poker is broadcasting live from the WSOP every Tuesday at 4:00pm PST. It’s an interactive format where viewers can ask guests questions live in the Ustream chat box or via Twitter and Facebook. Once the WSOP is over, we’ll be doing the show from the This Week In studios in LA with their slick set up and production crew. With the set up at the Rio, the production/show format’s obviously rough right now, thanks for baring with us over the next few weeks.

Also thanks again to our sponsor, Victory Poker. 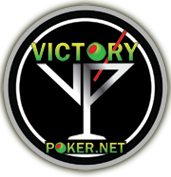