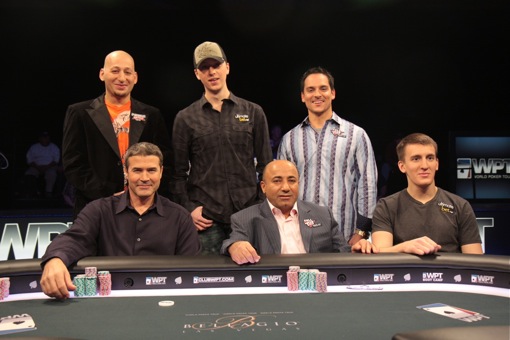 Let’s see, half-man, half-amazing Freddy Deeb didn’t win his record-tying third WPT title. Prahlad Friedman and his wife, Dee Luong, a woman, didn’t final table. The guy who may be the King of Customer Service in Ohio went out early in final table play. The loaded field of 37 produced one recognizable name when it got down to six. And what are we left with? Tommy Vedes winning the WPT Festa al Lago.

You might recognize Vedes from getting his Kings cracked by Steven Begleiter‘s donkish A-Q play on last week’s episode of the 2009 WSOP Main Event. Vedes, who hails from Queens and wears poker’s version of Affliction clothing that Poker Battle stuff, has had a solid 2009, earning around $450,000 before the Festa final table. He’ll bank $1,218,225 for his first WPT win.