Home   Top Five Poker Stories To Watch Out For in 2012 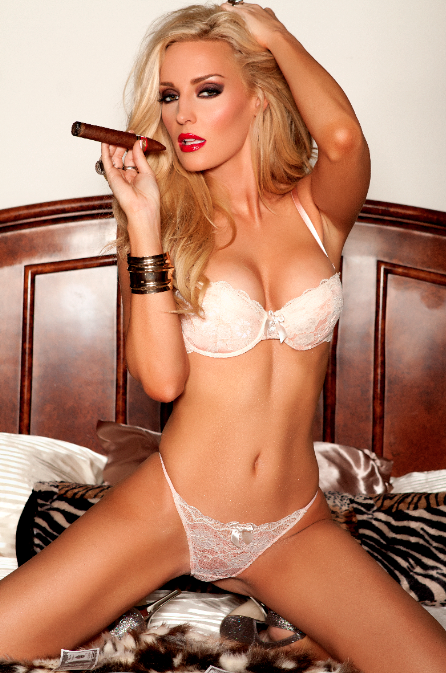 Just missing the cut--can Lacey Jones keep up her blistering pace for hot Pics of the Week?

This should be an eventful year for a number of reasons:

The good news is we almost have an entire year to track poker stories (unless we meet an untimely end in a Death Race). With that in mind, here are some of the top stories we’ll be watching out for in 2012.

1. Will online poker be legalized at the Federal level? Obviously, this is the big one. Nevada already got the “let’s play” ball rolling at the intrastate level. And we expect other states–like New Jersey–to attempt the same. That provides good mo’ for the year. At the Federal level, while the DoJ letter clarifying that the 1961 Wire Act only applies to online sports betting, as Howard Stutz recently pointed out, everyone needs to breath a little, as it by no means is a harbinger that the flood gates are opening up just yet. Regardless, the momentum is there for regulation at the Federal level, and we’ll be updating our Online Poker Legislative Barometer on Wicked Chops Insider to higher than 55% later this week.

2. What will happen with Full Tilt Poker? Everything is in place for Groupe Bernard Tapie to take over operations of Full Tilt Poker (except a gaming license, that is). And there will be plenty of questions to answer. Who will lead the new company? Will they be able to poach some talented, seasoned, credible management from competitors? How much of Tilt’s global customer base will abondon the relaunched site? How quickly will U.S. players get paid back? What pros will The New Full TiltTM keep? We expect Full Tilt to be just as prominent in the news-if not more so– in 2012.

3. What other mergers and acquisitions will take place? There has been major jockeying for position and readying for U.S. online poker regulation the last few months of 2011 (read our scorecard on Insider here). But there are still some major players–from Wynn Resorts to Tribal interests–that we anticipate to make moves. Don’t be surprised to see social media giants like Zynga Poker or content media giants like AOL or Google to throw their hat in the ring as well.

5. Can the poker economy’s center hold? Or will the bottom fall out? With the exception of Epic Poker, every major land-based tour exceeded expectations for participation (or came in right around expectation). But without Full Tilt and UB propping up player bankrolls, and with PokerStars scaling back, will the bottom fall out this year? Can the WSOP have another record turn-out year? Can the WPT still bring in big numbers? Or will only smaller buy-in tours, like the HPT, continue to thrive?

If you thought 2011 was interesting for poker stories, then you’ll love 2012. Hold on to your hoodies, it’ll be an interesting year.