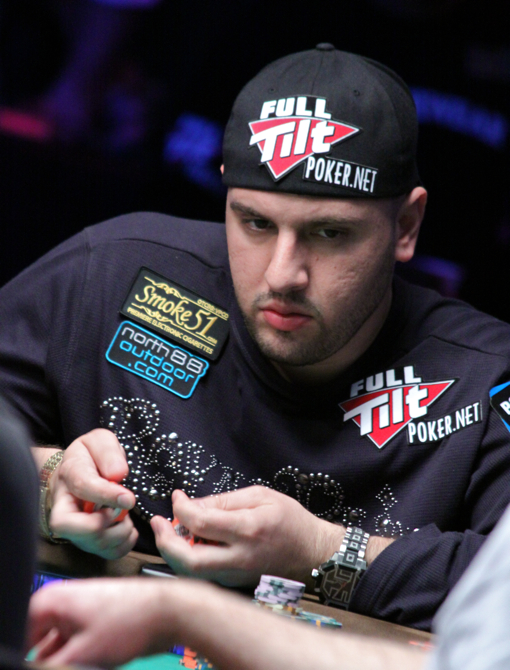 The Grinder's dominance was among the biggest surprises of 2010 so far.

Normally we like to do lists like this at the end of the year. But August is boring. Sure we had the H.R. 2267 mark-up and UB super-user story, and the EPT Tallinn is going on wherever the fuck that is, but otherwise, there’s not much going on. So here is our list of top 5 surprises in poker this year.

5) UnUIGEA. June 1 came and went with a whimper. Not that we went to be in the business of taunting the Fed and the UIGEA, or that we were expecting arrests all over the place, but we’d figure there’d be at least a little fall-out after June 1. But so far, not a thing.

4) Reemergence of the Mizrachis. Who saw that coming? Despite some consistent winnings over the past few years, Michael “The Grinder” Mizrachi had more or less fallen off the collective poker consciousness. Then he, and all of his bros, pwned the 2010 WSOP. If Grinder can pull off a Main Event win, it would inarguably be the best overall performance ever at a WSOP.

3) WSOP Main Event Increases Numbers. When 97%* of your tournaments have a $1,500 buy-in or less, you’d expect numbers to increase in general. That’s not a knock on the folks at the WSOP, but “one” would hope for an increase. However, given a little bit of an “eff you” battle going on between PokerStars (with the NAPT) and the WSOP, and how that impacted the running of qualifiers for the Main Event, and the fact that the economyTM is still in the shitter, we didn’t expect the nice bump up in attendance that actually did occur.

1) H.R. 2267 Marked-Up, Bitches. All signs after June 1 pointed to a slow-down, grinded out stall of Barney Frank‘s H.R. 2267. Then, out of nowhere, it was marked up, passed, and people-who-know-things believe we could have a regulated poker bill pushed through by the end of the year.

* All percentages or anything involving mathematics may or may not be completely accurate.