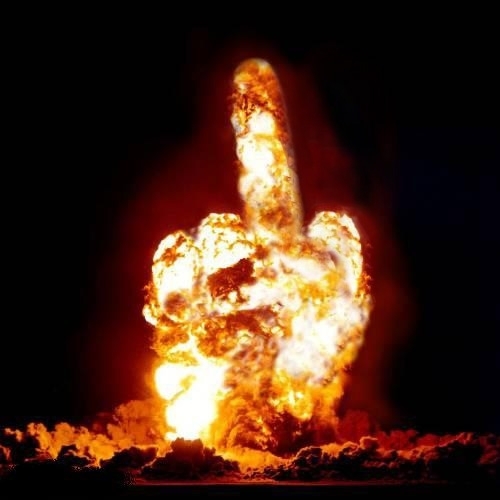 ONYX Cup? Here's what we think of your ONYX Cup...

In Cee-Lo style Eff You fashion, PokerStars has announced an EPT Tournament of Champions that will run right up against Full Tilt Poker‘s first ONYX Cup event.

The Stars freeroll event will run on May 13th, right after the conclusion of the Grand Final in Madrid (making it difficult for any May 11-12 ONYX Cup participant to make the trip), and will be open only to the previous 70 EPT winners.

Ultimately, it may not make a major dent in ONYX Cup numbers, but some pros who could’ve had the bankroll to play, like Bertrand Grospellier, Noah Boeken, Jason Mercier, and Galen Hall, will now likely stay across the pond for the Tournament of Champions freeroll.

The EPT Tournament of Champions will be filmed for TV and will also be streamed live on PokerStars.tv.

Now, we’re some spite loving motherfuckers. Love us some spite. We get all Haley Reinhart on spite, make love to it, bend it over, whisper sweet nothings to it. So in theory we’re all for this EPT Tournament of Champions.

But selfishly, we kind of dig the ONYX Cup concept, and wanted to see all of the best around participate, at least in the first event.

So we have mixed emotions. We admire PokerStars’ spiteful eff you, but we know that some people who might’ve jumped in ONYX Cup event #1 now won’t, and that the Tournament Turf WarsTM between Stars & Tilt is just going to get worse. While we hold on to hope that the two sites will play nice, it looks like they just hate everything about each other, and it’s only getting worse. The Stars & Tilt Tournament Turf Wars are almost on par now with the Biggie & Tupac feud. How will this end? Like that song from Asia, only time will tell.

Read more about the EPT Tournament of Champions here.