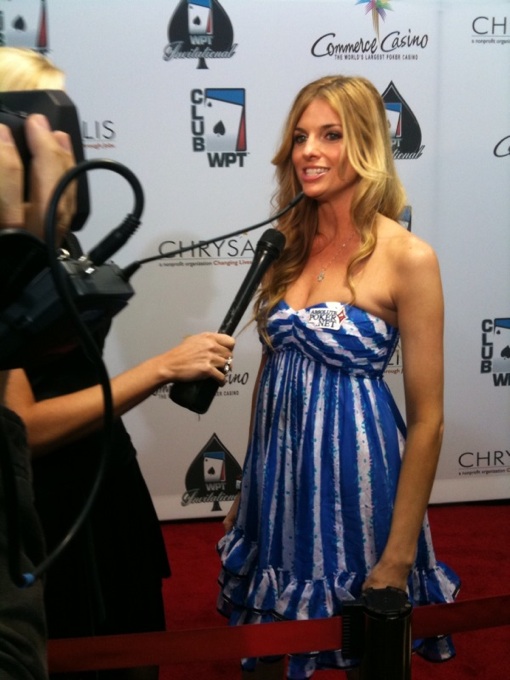 Seen here at the red carpet before the event, Trischelle Cannatella isn't doing the poker-is-a-skill-game-argument much favors.

Good news for poker players looking for another morally casual female to join the circuit.

Trishelle Cannatella, who once dated 9/11 conspiracist Jeff Madsen (2/5/10: Never Forget) but is better known for basically breaking the reality-sex-on-tv-barrier, has made the WPT Celebrity Invitational final table.

By all accounts, Trishelle has played a very solid game, but still, it’s Trishelle. She’ll go to the final table stacked fourth overall with 1,540,000.

Also at the final table is ClubWPT.com qualifier LeRon Washington who is stacked at 1,790,000.