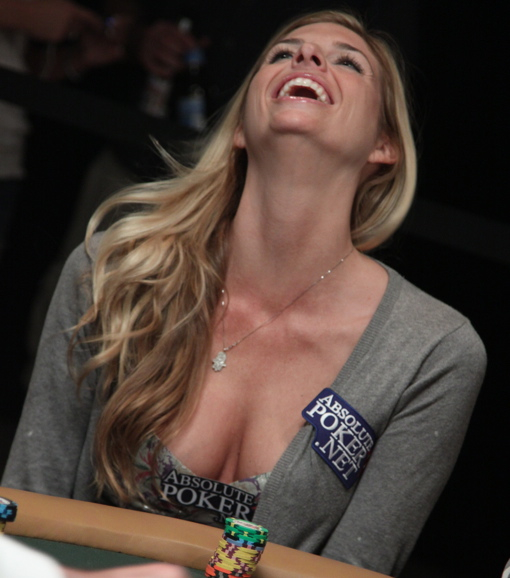 Trishelle Cannatella came oh so close to busting out today.

Much like the way she broke down barriers for women everywhere who wanted to have casual sex on reality TV shows with guys they barely know, Trishelle Cannatella is here at the 2010 WSOP Main Event setting an example for the way women should dress at the poker table.

For most of the day, even with sub freezing temps inside the Rio, Trishelle bravely wore barely a hint of fabric, only occasionally donning a thin “sweater” of sorts.

Meanwhile all ten guys at the table next to her cowered to the cold behind Snuggies.

Photos below of Trishelle Cannatella, who managed to make it on to Day 2 of the 2010 WSOP Main Event with about 10k in chips.