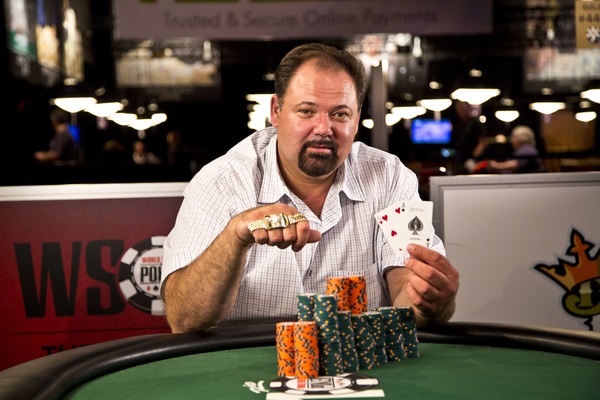 Maybe Monday at the 2014 WSOP didn’t produce the headline winners some were hoping for going into the day.

It did, however, prove once again the dominance of U.S. America…and the SEC.

First, in Event #19 ($1,500 NLH), retired U.S. fucking Marine Sergeant Ted Gillis defeated poker pro/non-Marine John Hennigan heads-up for a bracelet. U.S.-Fuckin-A. This was Gillis’ first bracelet and only second ever WSOP cash. For the win, he banks $514,027. Hennigan grabs $319,993 for second, and just misses his third bracelet, solely because he wasn’t ever in the fucking military.*

This could end up being The Year of the AmericanTM, as all WSOP events thus far but two have been captured by U.S. Americans.

* Not scientifically proven yet.