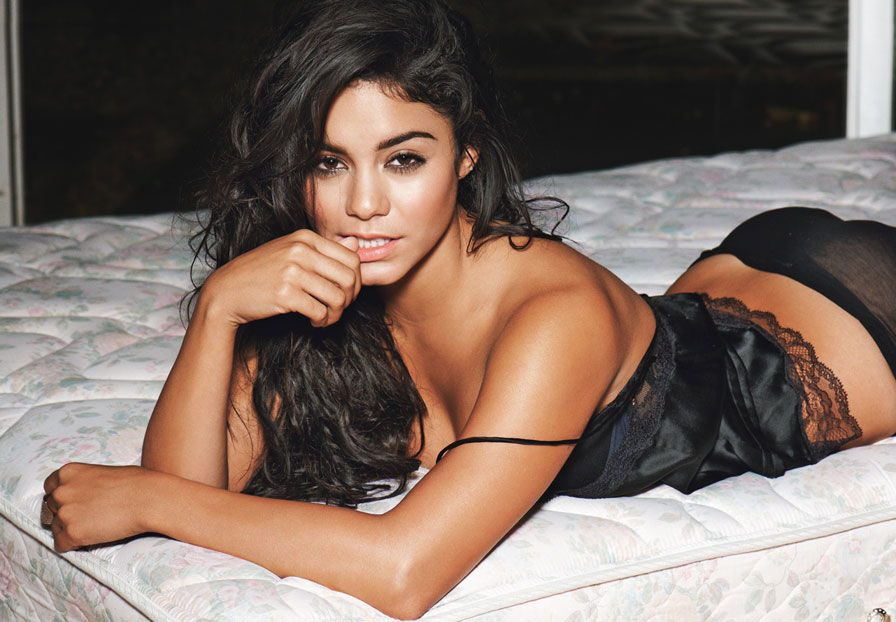 We'd be all over Vanessa Hudgens if we saw her laying on a bed like this. But first we'd put a fitted sheet on the mattress. After that though, all over her.

This week’s Friday Night Parting Shot Girl is 22-year-old (already?) Vanessa Hudgens, who became a fantastic role model for young girls everywhere when she sent nude photos to her boyfriend, said she regretted it when they became public, and then did it again. These photos above/below are from a recent spread in Details so they unfortunately involved a real, quote-unquote “photographer” that wasn’t her and a camera that wasn’t her phone, but they’re still pretty damn hot. Well done real  photographer, and you too God for making it rain during the shoot.