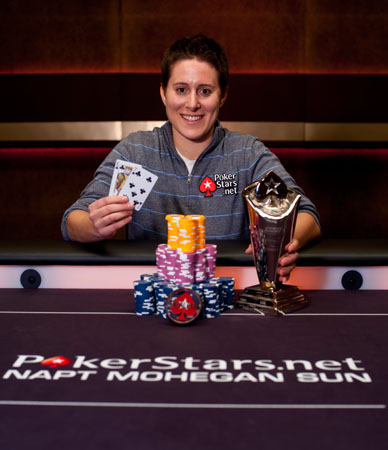 Now can she repeat as our WCP Player of the Year.

Selbst outlasted a field of 387 players to bank $450,000. Despite being at a considerable chip disadvantage going into heads-up play against Dan Shak, she grinded out yet another victory.

* Photo courtesy of the PokerStars Blog.