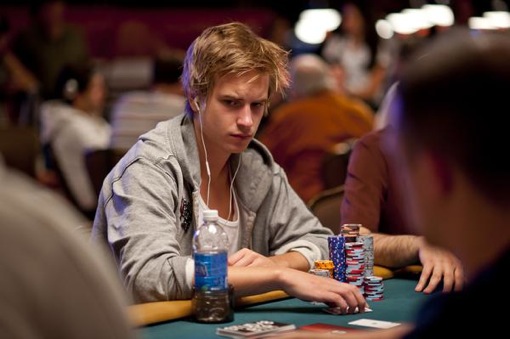 In the $50k Player’s Championship, it should go without saying that

Surprising to some, leading this stacked field with 26 remaining is Viktor ‘isildur1′ Blom. The Swede is currently stacked at 1,262,000. He’s closely followed by David Oppenheim with 1,165,000.

Other interesting story lines in contention include: