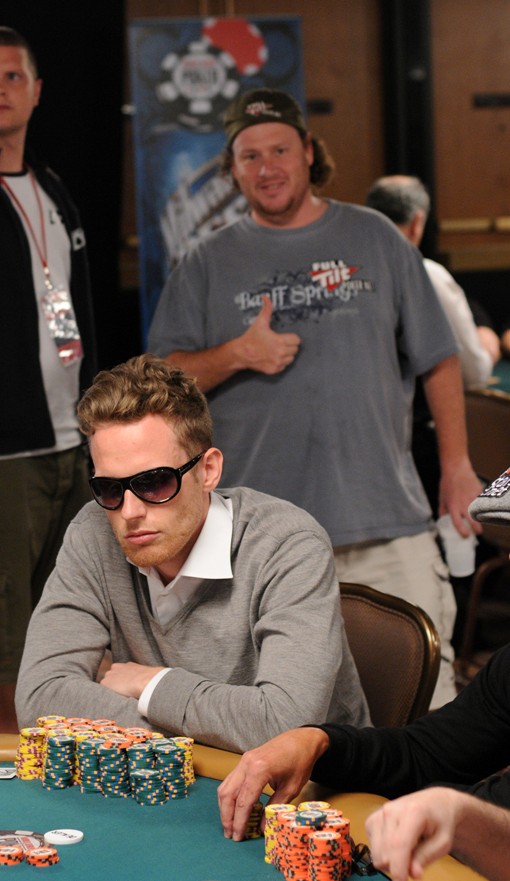 This guy is one of the chip leaders. But we don't know who he is.

So towards end of play, Gavin Smith tipped us off about one of the Euro big stacks who was refusing to tell anyone in the so-called poker “media” his name. Just wouldn’t do it. We watched as person after person approached him, asked for his name, and he wouldn’t tell. Not that it’d be hard to find out, but this Euro just drew a line in the sand and refused to divulge his name. Either that or he doesn’t speak a lick of English and didn’t know what the fuck anyone was saying to him.

Anyway, he’s friend with Peter Eastgate, so if you know who he is, please comment.