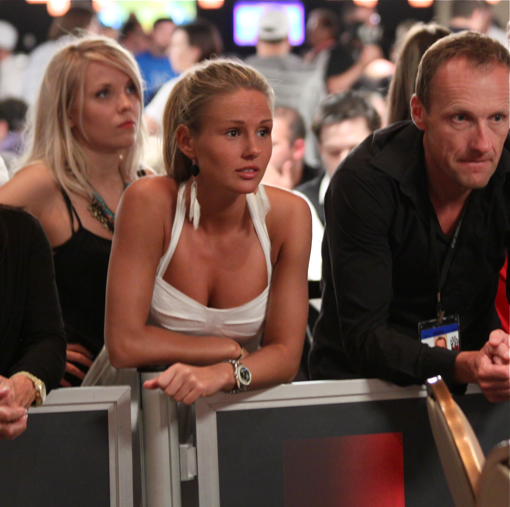 Given that this picture headlined our most viewed post in WCP history, WE learned that YOU like Rachel Nordtromme.

Editor’s Note: The following is an excerpt from an upcoming BLUFF Magazine column. And by “excerpt” when mean, “almost the entire article, in full, with very little edits, hope you enjoy 1,200 word posts.”

It’s hard to believe, but the Entities Who Compromise Wicked Chops Poker are entering our 10th year in the business.

That’s a quarter of our lives. To paraphrase Kanye, that’s cray-cray.

If you get as embedded in any industry as we’ve been here, you better learn some things if you’re going to survive and thrive. So here are 10 other things we’ve learned from 10 years in the poker industry:

1. Think Long-Term. It’s the nature of people—particularly guys—to fall in love with the next bright shiny object. New media site? Let’s advertise with them! New poker tour? I’m in! New t-shirt company? Can you make an “I’ve Got the Nuts” shirt with a cute squirrel holding acorns?

In this industry, or any, align yourself with who gives you the best chance for long-term success. That doesn’t mean you shouldn’t work for start-up or someone with an innovative new idea, but be discerning. Know who backs a company, if they’ve had success within the industry already, and align yourself properly. Take the long-term view.

2. Stick Around Because Longevity Matters. Good things happen with longevity. You become an institution.

There’s an axiom in late-night TV that basically says if you can stay on air for a couple of seasons, you’re set. You’ve gained people’s confidence. They become comfortable with you. You become an institution. Once you’ve stuck around long enough and gained people’s acceptance and trust, opportunities will arise.

3. Guys Love Hot Girls. We’re busy Entities. Wicked Chops Poker has never been our primary focus or source of income. It’s a passion and it serves some business purposes.

As we’ve spent more time on business interests than the site over recent years—and can’t break stories like we used to—it’s been pretty easy to see why people are still coming to the site. We’ve learned that people come to WCP for two things and two things only: 1) hot girls, and 2) podcasts.

So, yeah, thanks perverts.

Snark and obvious example aside, we’ll broaden this one. Poker players have an excellent mindset and psychological profile to be start-up entrepreneurs: they’re risk-takers, they often think outside-the-box, and they can digest a number of adverse factors in making a decision.

However, when a business matures, it’s often better to move away from risk-taking and towards stability.

5. The Poker Hierarchy Hasn’t and Won’t Change. About five years ago, we wrote a column for BLUFF that established a type of Poker “Q Rating” (side note: how uncool was that “Cool Kid”? He looks like he’s trying on some new clothes in front of his mom. What happened to him? BLUFF? Wtf?).

We polled industry peers on who the most marketable people in poker were on a variety of factors. The top 10 were Daniel Negreanu, Phil Ivey, Phil Hellmuth, Doyle Brunson, Annie Duke, Scotty Nguyen, Chris Moneymaker, Vanessa Rousso, Gus Hansen, and Johnny Chan.

Five years later, that list hasn’t changed much. Annie Duke is out, partly due to the dumpster fire that was Epic Poker, partly because she’s simply out of poker. Johnny Chan has either dropped off or still lingers around 10 solely because of Rounders.

Otherwise, Daniel is still number one. Hellmuth, Ivey, and Doyle are still top 4 guys in some order. Moneymaker, Scotty, and Gus would still make everyone’s top 10. In 10 more years, we don’t expect this to change much either.

And, as we wrote in BLUFF a couple of months ago, this is also due to the poker personality void, as there are few engaging personalities entering the game.

But timing matters–and the top 10 hit it at the right time.

6. Sometimes, It’s Better to Be Lucky Than Good. Again, timing matters. The timing of your luck matters.

In poker, guys like Chris Moneymaker and Darvin Moon got lucky at the best time of their lives to get lucky. They’re both set for life because of it.

From long ago, we learned that we all should eventually grow Justin Bieber haircuts.

7. Life Ain’t Black & White. If there’s one thing working in this industry has taught us, holy moses life ain’t black and white.

8. Trust Your Gut. While guys like Daniel Negreanu, Phil Ivey, and Phil Hellmuth don’t ignore the math in poker, they’ve made their bones (and millions) mostly by trusting their gut.

We’re all about judging books by their cover. Go with your gut read, it’s usually the right one.

9. Do Some Background Research Before Big Meetings. True story.

At the 2006 WSOP, Absolute Poker was having some party, in part to introduce Michael “The Grinder” Mizrachi as their new brand ambassador. Some of the Absolute Costa Rican crew was there. We were going to meet them and pitch doing some work for them.

Unfortunately, we researched the wrong thing before meeting.

Absolute was going to hire three internships, and we did a post about it. In doing the post, we stumbled across a statistic that in some regions of Costa Rica, 40% of women between ages 15-19 had genital herpes. While our math skills suck, we figured that more than 40% of women had the herp after age 20.

Anyway, we meet the Absolute guys, and one Entity immediately says, “So you live in Costa Rica. Don’t marry the women there. They all have herpes.”

The Absolute guy points to the corner of the room, and promptly directs us to his beautiful Costa Rican wife standing there. “Yeah, well she doesn’t have herpes.”

Know who you’re meeting with before you meet, and stay away from herpes jokes in general.

10. The Poker Industry Is In Good Hands. The poker industry is in the healthiest spot it’s been from a talent perspective since, well, ever.

The operators, from PokerStars to WSOP to Ultimate, have real structure and smarts behind them.

Poker media is at the top of its game.

The industry has matured. It’s in a good spot. Learn, evolve, and enjoy the ride.