Home   Will Full Tilt Poker Ultimately Be Done In By Dikshit’s Deal? 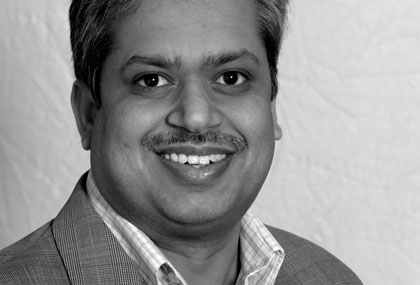 Anurag Dikshit is an incredibly charitable and giving man. Too bad he was so giving to the U.S. government though.

If Full Tilt Poker can’t work out a deal with the Department of Justice and pay U.S. players back (and now, European players as well), its whole post-4/15 debacle will go down as the biggest black mark of online poker’s unregulated Wild West days.

We are at the point where Full Tilt Poker never operating again is a real possibility. Sources have told us that negotiations between Ivey’s White KnightTM and the DoJ is currently the biggest hold-up. What Full Tilt/Ivey’s White Knight is offering isn’t cutting it for the DoJ. They want more. And they have reasons to expect more.

Let’s flash back to December 2008. Under no threat of indictment, the unfortunately named Anurag Dikshit (pronounced Dick-shit), who was  one of PartyPoker‘s founders, VOLUNTARILY paid a $300M fine to the U.S. government. Later, parent company PartyGaming paid the Fed a $150M settlement, even though they pulled out of the U.S. when we all got Frist-fucked by the UIGEA. So Dikshit, a programmer who is a citizen of India with no ties to the U.S., paid twice as much money as the company he helped launch did–and the actual company founders themselves–Ruth Parasol and her husband Russell DeLeon–who are U.S. Americans by the way–paid nothing individually.

Two years later, Dikshit received probation from the U.S. government, even though everyone involved from the judge to the prosecutors to Dikshit’s lawyers had no idea what the fuck was going on with his case and why he was even getting probation (seriously reread that link). However, they do allude to some bigger investigation going on, which may or may not have been the 4/15 indictments.

So back to Full Tilt and why this matters: presumably, the DoJ knows that Full Tilt made billions in revenue. Party pulled out of the U.S., which obliterated its marketshare and profits, however, two years later they still managed to pay the U.S. a combined $450M in fines ($300M from Dikshit and $150M from Party). And Party was not indicted and Dikshit himself was under no immediate threat of indictment. The payments were essentially a future-facing “get out of jail free” card for the company as well as greasing the way for potential re-entry into the market when online poker eventually gets regulated.

And here’s where it gets scary…

Tilt’s lawyers are probably telling the DoJ that pillaging what’s left of the company’s and White Knight’s coffers will make it nearly impossible for them to pay back its customers and operate its business. The DoJ probably knows this, but may not care. They think, “This is Tilt’s problem. It’s their mess, not ours. You should’ve segregated your funds.”

They also may think if they widen the indictment net, they can follow the money and secure the funds they’re looking to collect. If Dikshit could pay $300M, why can’t Tilt’s founders do the same?

If that’s the case, and this is purely speculative on our part, the DoJ may have a “magic number” in mind that Tilt needs to pay. And it’s a precedent setting number established, in part, by Anurag Dikshit’s $300M.

Making matter worse, the longer Full Tilt goes without having its gaming license, the more revenue it loses, the more its brand is damaged, the more employees they lose, and the harder it’ll be to rebuild and pay anything back. The more time that passes, the more likely this becomes an asset sale of the software/platform and of the user base.

And if that happens, the dikshit may truly hit the fan some other Tilt founders.