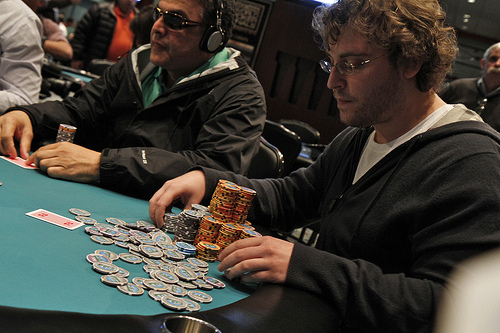 Thomas Marchese gobbles up chips on his way to his first WPT final table.

The TV final table is set at the WPT Foxwoods World Poker Finals.

As expected, two of the biggest draws were the two first eliminations of the day (Hoyt Corkins and Jason Mercier), and one of the other biggest draws (Sorel Mizzi) bubbled in 7th.

There is still some intrigue though, as Thomas Marchese goes for poker’s vaunted Double TroubleTM (a NAPT and WPT title in the same year). Marchese enters final table play as chip leader, stacked at 2,610,000.