Home   WPT Legends of Poker Underway at the Bike 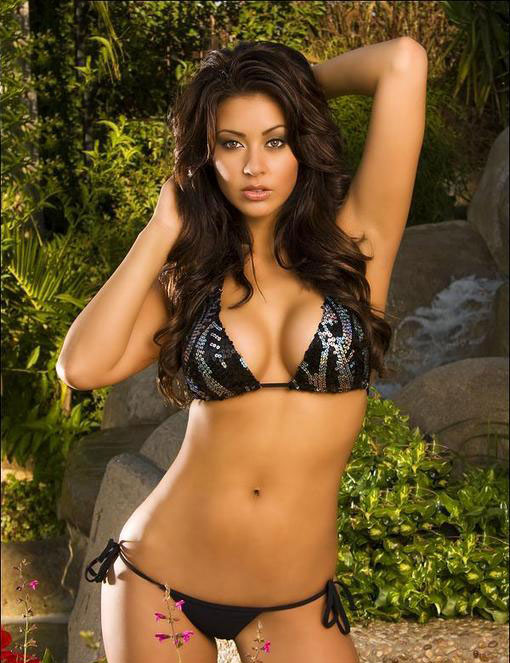 Melanie Iglesias (above) is our favorite of the WPT Royal Flush Girls. Oh that's Melyssa Grace? Yeah, we still can't tell them apart.

Day 1A of the $5k buy-in WPT Legends of Poker got underway a couple hours ago at the Bike in LA, and among the early bust outs include last year’s WPT POY Faraz Jaka, famously of The Faraz Jaka Conundrum. You can get the breakdown of the hand that busted him from WPT reporter Barry Greenstein on Twitter here.

Also out early is Jerry “The Shadow” Yang, the anonymously good Dwyte Pilgrim, and the suspiciously named Soheil Shamseddin. Try and guess which one of the aforementioned we wouldn’t want to see on an airplane passenger manifesto. We’ll give you a hint: it’s Soheil Shamseddin.

Players are still registering today (last we saw it was at 182), and with Day 1B expected to draw an even bigger field, the total number will easily surpass last year’s 279 runners when the event was still a $10k buy-in.

Watch our in-depth interview with last year’s WPT Legends of Poker champion Prahlad Friedman here and tune in to our interview with WPT host Kimberly Lansing on This Week In Poker Tuesday at 4pm PST/7pm EST.