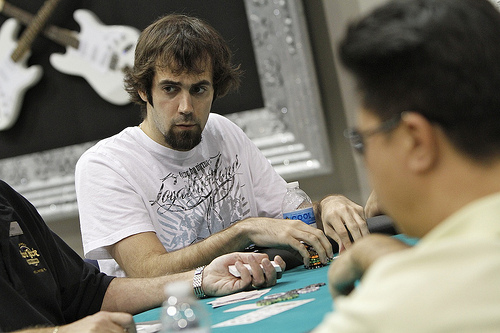 While some Full Tilt pros showed up in their logos, PokerStars' Jason Mercier went patchless at the WPT Seminole Hard Rock Showdown.

Poker’s first major live event since 4/15 kicked off on Wednesday at the Seminole Hard Rock as the World Poker Tour held their first ever Florida tournament.

Expectations within the industry were that the event would pull between 350-375 entrants.

While not necessarily crushing expectations, at the end of Day 1 play, the WPT Seminole Hard Rock Showdown brought a total of 406 players, which industry types hope is a harbinger of things to come post Black FridayTM.