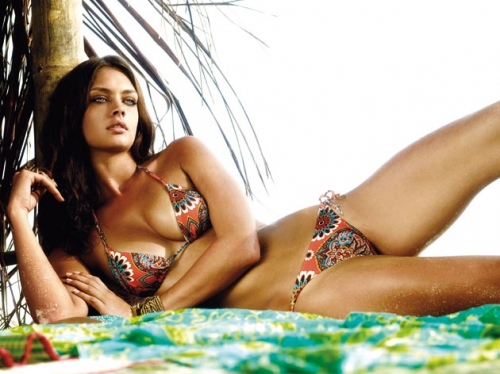 The WSOP just announced the final top 20 vote-getters for the 2010 WSOP Tournament of Champions, and not at all surprising, it’s exactly the same 20 players who led the voting two months ago.

Just like the list, our thoughts on who got in and who didn’t hasn’t changed either. You can read it here.

Or to sum up what we said then: Really?

The only new thing here is the WSOP released how many votes each player received, and of the reported 355,081 total votes casted, it was Phil Ivey who received the most with 16,267, barely edging out Daniel Negreanu‘s 16,239 votes. Doyle Brunson was the 3rd top vote getter with 13,796, and 11-time WSOP bracelet winner Phil Hellmuth had the 4th most with 12,673.

Jennifer Harman, a woman, remained the sole woman in the top 20, grabbing 8,206 votes.

Again, the Top 20 Vote-Getters and respective number of votes here. 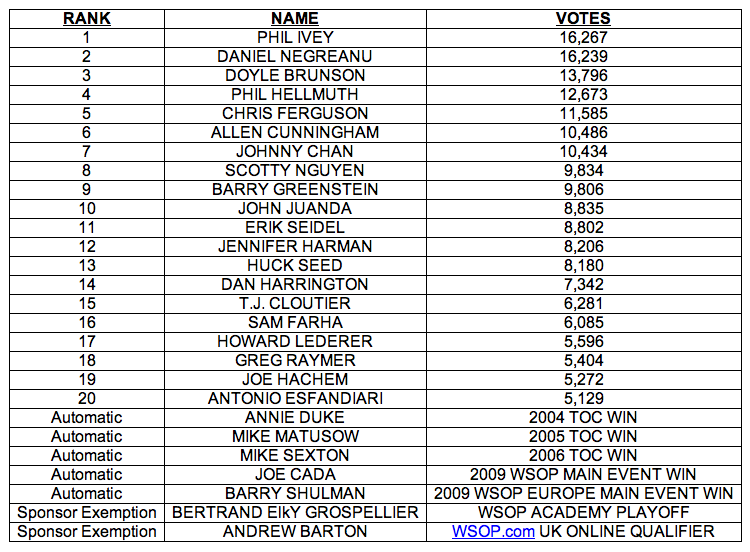