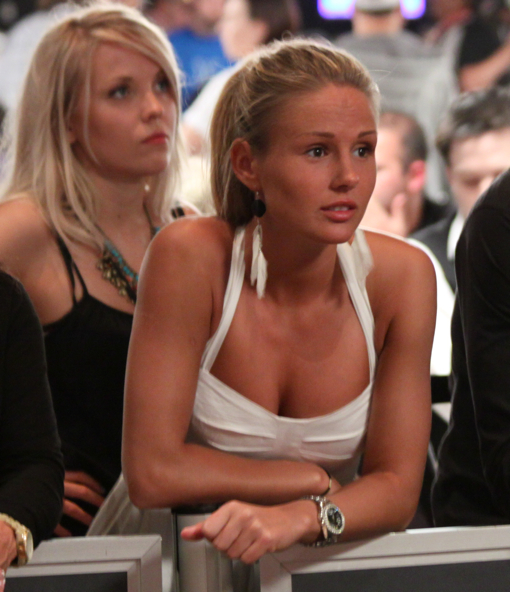 Unfortunately the new WSOP Circuit won't feature Rachel Nordtomme on the rail at every stop.

Very much unlike Ass Girl 2 or Petter Northug’s girlfriend Rachel Nordtomme, no one has been paying attention to the WSOP Circuit lately. Small fields, small prizes, no TV coverage and no so-called poker media there to cover it, the WSOP Circuit has become pretty much a non-event in the poker world.

The WSOP is now hoping to turn this around, announcing today a completely revamped WSOP Circuit format and schedule. Here are some of the highlights:

:: Season culminates with televised National Championship for 100 players who automatically qualify via cumulative rankings or performance-based criteria. The event will be played at Caesars Palace in Las Vegas just ahead of the WSOP and feature a $1,000,000 prize pool and award a WSOP Gold Bracelet.

:: As rumored earlier, the WSOP Circuit will host an event in South Africa.

:: Outside of the $10,000 regional championships, all buy-ins for WSOP Circuit Main Events will be only $1,500 to encourage larger fields and more players attending multiple stops on the tour.

Full press release after the jump. Details on cumulative rankings, etc. here. Share your thoughts in the comments.

LAS VEGAS – July 12, 2010 – The WSOP Circuit tour, now entering its seventh season, is about to become bigger and better than ever.

The 2010 schedule will include at least 12 tour stops, with a handful of others expected to be announced in the months ahead.

A season-ending National Championship tournament for 100 players who automatically qualify via cumulative rankings or performance-based criteria. (The televised National Championship tournament will be played at Caesars Palace in Las Vegas prior to the commencement of the WSOP and feature a $1,000,000 prize pool and award a WSOP Gold Bracelet). (Explained in separate document attached).

Standardized structures and pay-outs at all events; with the Main Event lowered to $1500 outside Regional Championships to encourage larger fields and more players attending multiple stops on the tour.

“We recognized the WSOP Circuit Events needed a shot in the arm, and we believe we’ve responded with steroids,” said WSOP Vice President Ty Stewart. “The new model is exactly what the WSOP is all about, giving poker players of all bankrolls the chance for compete for the kind of fame, fortune and respect that comes only with a WSOP bracelet and a national television audience.“

The entire schedule is as follows:

*Circuit Event in South Africa does not count towards point system tabulation or cumulative event award.

Circuit schedules are subject to change. For more information on individual circuit events, including event schedules and structure sheets, can be found at each property website or by visiting www.WSOP.com