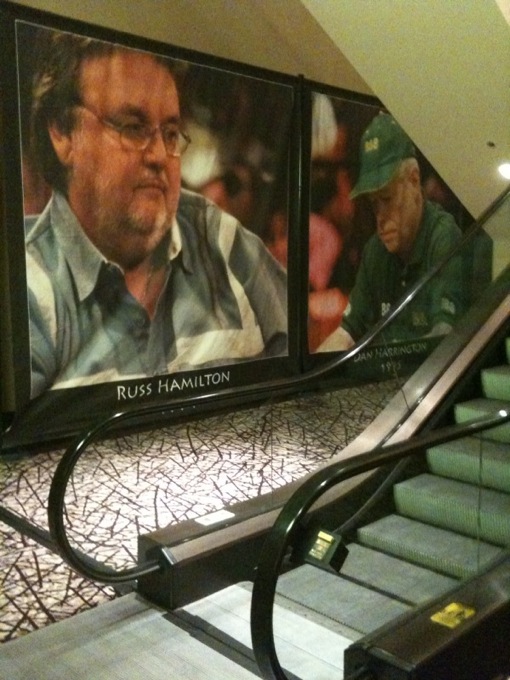 The Full Tilt debacle did nothing to make people dislike Russ Hamilton any less...

The results are in.

Last week we polled our readers as to whose WSOP Main Event championship banner should be yanked (if anyone’s). We listed the usual suspects (Russ Hamilton, Chris Ferguson, and Amarillo Slim) as well as leaving an option open for our choice: no one’s banner should be hidden.

Here’s how our readers responded to Which Main Event Winners Should Have Their WSOP Banner Removed?:

While Amarillo Slim is the only person listed who actually pled guilty to any nefarious charges–said charges were unrelated to poker, so most readers gave him a pass. While it’s not surprising that Russ Hamilton’s fat mug getting pulled was the top vote getter, what WAS surprising (to us) is how close Chris Ferguson was to him on the tally. Not a good sign for Ferguson (we refuse to call him “Jesus” any more) if he’s planning on showing his face around the halls of the Rio any time soon.