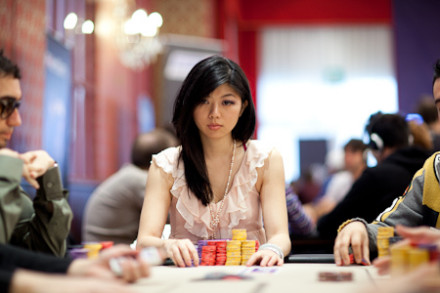 It could be back-to-back hotties at the EPT San Remo.

This year, Xuan Liu looks to do the same.

Liu, a hot little Canadian grinder who Barry Greenstein would literally saw off an arm for, finds herself in contention at the EPT San Remo final table. She’s stacked sixth overall at 1,740,000.

The significantly less attractive Rupert Elder is the overall chip leader, stacked at 8,005,000. He’s followed by Max Heinzelmann with 7,885,000.