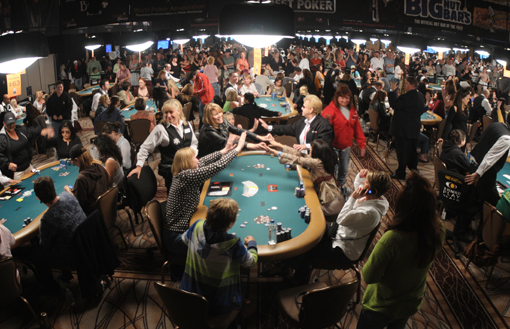 In what felt like the support group scene at the end of Jerry Maguire (“I finally got in touch with my anger!”), the money bubble just burst in the 2009 WSOP Ladies Event, and the remaining field of women all cheered and high-fived and hugged. And then a pillow fight broke out and Maria Hoooooooo! and Erica Schoenberg slowly french kissed and caressed each other in our imagination.